List of Knight's Cross of the Iron Cross recipients (W) 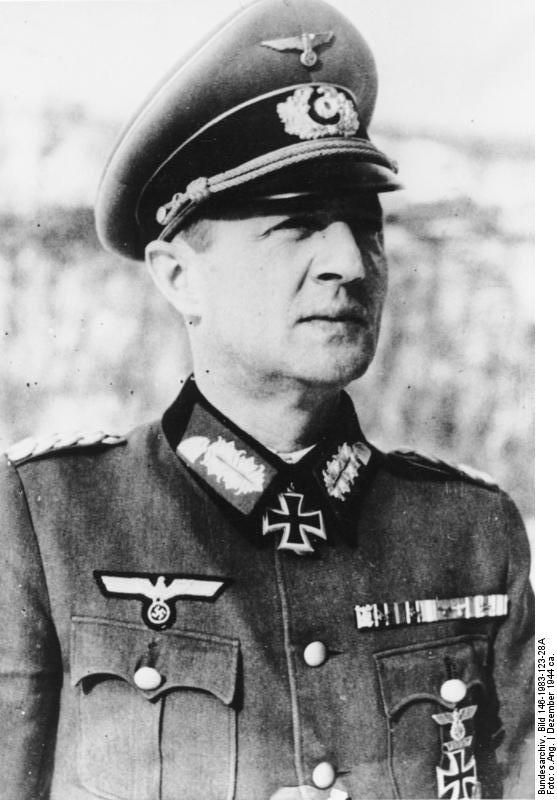 The Knight's Cross of the Iron Cross () and its variants were the highest awards in the military and paramilitary forces of Nazi Germany during World War II. The decoration was awarded for a wide range of reasons and across all ranks, from a senior commander for skilled leadership of his troops in battle to a low-ranking soldier for a single act of extreme gallantry. A total of 7,321 awards were made between its first presentation on 30 September 1939 and its last bestowal on 17 June 1945. This number is based on the acceptance by the Association of Knight's Cross Recipients (AKCR). Presentations were made to members of the three military branches of the Wehrmacht—the Heer (Army), Kriegsmarine (Navy) and Luftwaffe (Air Force)—as well as the Waffen-SS, the Reich Labour Service, and the Volkssturm (German national militia). There were also 43 foreign recipients of the award.

These recipients are listed in the 1986 edition of Walther-Peer Fellgiebel's book, — ''The Bearers of the Knight's Cross of the Iron Cross 1939–1945''. Fellgiebel was the former chairman and head of the order commission of the AKCR. In 1996 a second edition of this book was published with an addendum delisting 11 of these original recipients. Author Veit Scherzer has cast doubt on a further 193 of these listings. The majority of the disputed recipients had received the award in 1945, when the deteriorating situation of Germany during the final days of World War II left a number of nominations incomplete and pending in various stages of the approval process.

Listed here are the 446 Knight's Cross recipients of the Wehrmacht and Waffen-SS whose last name starts with "W". Scherzer has challenged the validity of 11 of these listings. The recipients are initially ordered alphabetically by last name. The rank listed is the recipient's rank at the time the Knight's Cross was awarded. Provided by Wikipedia
Search Tools: Get RSS Feed — Export Search — Visualize Search (NEW) — Email this Search — Save Search
1

Add to Book Bag Remove from Book Bag
Save to List