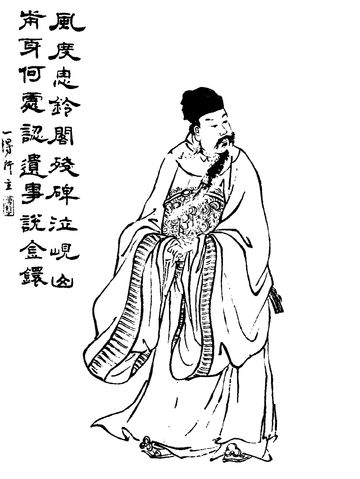 Yang Hu (221 – 27 December 278), courtesy name Shuzi, was a military general, government official, and scholar who lived during the Jin dynasty of China. His advocacy for plans to conquer the rival state of Eastern Wu finally persuaded Emperor Wu to carry them out, but he did not live to see the plans implemented. He was known for his humility and foresight. Chen Shou, who wrote the ''Records of the Three Kingdoms'', described him as a man of medium height with fine eyebrows and a beautiful beard. Provided by Wikipedia
Search Tools: Get RSS Feed — Export Search — Visualize Search (NEW) — Email this Search — Save Search
1