Hartmut Becker (born 6 May 1938, in Berlin) is a German actor. He played Sgt. Gustav Wagner (1911–1980) in ''Escape From Sobibor'' in 1987. He also starred in the 1970 film ''o.k'', which was also entered into the 20th Berlin International Film Festival. However, the competition was cancelled and no prizes were awarded, over controversy surrounding the film. After ''O.K.'' Hartmut Becker was one of Germany’s busiest actors in film and theatre (at the State Theatres of Munich and Berlin he performed leading characters in plays from Shakespeare to Tennessee Williams). More important main parts in films followed like in Verhoeven's ''He Who Loves in a Glass House'' (International Film Festival Berlin 1971), ''When Mother Went on Strike'', ''John Ralling'' (TV), '''', ''Audienz'' (TV), ''Sonntagskinder''.

His first leading part in an English-language production, Becker performed in the BBC film ''Forgive Our Foolish Ways'', where he played the role of a German prisoner of war next to Kate Nelligan. The television film became a very big success all over the world. Hartmut's following international film was the American-English production ''Jenny's War'' (Columbia Pictures), where he portrayed the main part of Karl Koenig, a character in the crucial test between love and war. His partners in this film where Dyan Cannon, Elke Sommer and Trevor Howard. For his widely praised performance in the following American production ''Escape from Sobibor'' (director: Jack Gold, also starring Alan Arkin and Rutger Hauer) Hartmut had been nominated for an Emmy Award 1988. In his next "Festival-Film" ''The Tenth One in Hiding'' (Festival International du Film Cannes 1989) Becker worked together with director Lina Wertmüller. His female partner in this feature film was Dominique Sanda.

Between 2007 and 2012 Becker was a member in the committee of the German Academy of Film (Deutsche Filmakademie). As a songwriter and singer his first single was produced in 2013. Provided by Wikipedia
Search Tools: Get RSS Feed — Export Search — Visualize Search (NEW) — Email this Search — Save Search
1 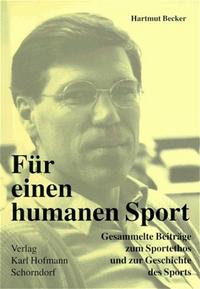