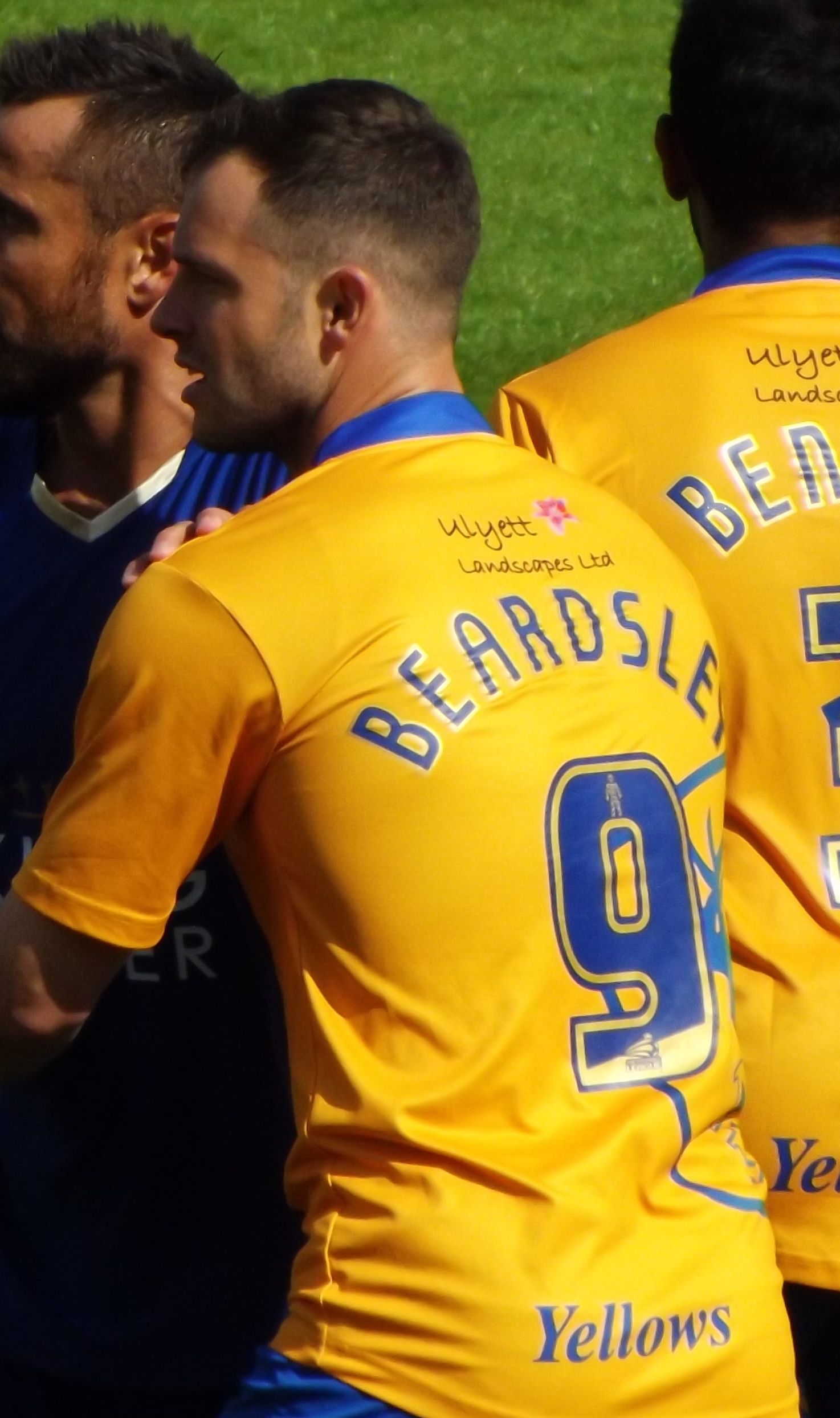 Christopher Kelan Beardsley (born 28 February 1984) is an English former professional footballer who played as a striker. He is the fitness coach at League One club Burton Albion.

Beardsley played youth football with Mickleover Sports and Derby County before starting his senior career with Mansfield Town. He broke into the first team in December 2002, and spent a brief period on loan at Worksop Town in the 2003–04 season. He left Mansfield in June 2004 and joined Doncaster Rovers a month later. He failed to make an impact, and signed for Kidderminster Harriers in December 2004. He rejoined Mansfield in July 2005, but did not play regularly in his one-and-a-half-year stay, and was loaned out to Conference National club Rushden & Diamonds in January 2007. He signed for the club permanently later that month, but struggled for appearances after a change in management. Beardsley joined York City in June 2007, but suffered a broken jaw in a match against Grays Athletic, and failed to establish himself in the team. He joined Kettering Town in December 2007, initially on loan, and helped the club win promotion to the Conference Premier during the 2007–08 season.

He rejoined Kidderminster on loan in November 2008, making a handful of appearances before being released by Kettering in May 2009. He signed for Stevenage Borough later that month, and helped them earn promotion to League Two in the 2009–10 season. Beardsley was part of the team that earned promotion to League One after winning the 2010–11 League Two play-offs. He left Stevenage when his contract expired in June 2012, and signed for Preston North End two months later. He struggled for appearances after a change in management, and spent most of the 2013–14 season on loan with Bristol Rovers. Beardsley returned to Stevenage in July 2014, and helped them to the 2014–15 League Two play-offs. After being released in May 2015, he started a third spell with Mansfield a month later, where he stayed for one season before his release in May 2016 and later announced his retirement as a player. He joined club Burton Albion as a fitness coach and in August 2018, he was registered as a player with the club. Provided by Wikipedia
Search Tools: Get RSS Feed — Export Search — Visualize Search (NEW) — Email this Search — Save Search
1